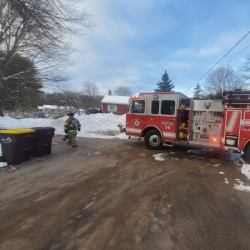 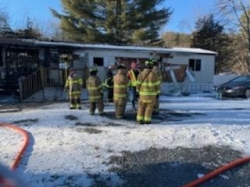 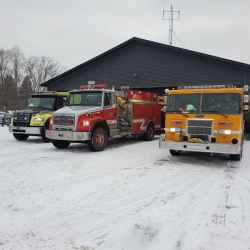 Station 34 hosted the February meeting of the Sullivan County Volunteer Firefighters Association. We would like to thank eveyone who came to the meeting last night. For more information on the Associa...
➜
Call history
Tanker At Huguenot Stand By Goes To AFA

At 18:20hrs Station 34 was dispatched for the Tanker to stand by at the Huguenot Fire Station while they operated at a working structure fire on Route 209. The Tanker was on stand by with an Engine from Montague, NJ. While on stand by, the Tanker went to an AFA on Big Pond Road along with Montague. Montague Car 1 had command. Montague's Engine Crew found a broken water pipe in the structure. Montague 1 released 34-31 from the AFA and from stand by duty. 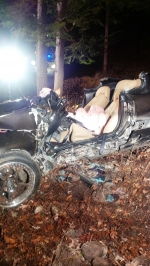 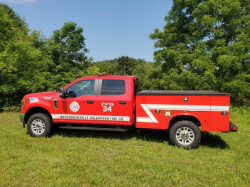 This site has been viewed 262,501 times.
Calls
News
Pictures
Apparatus
FollowTweet
Maintained by the members and staff of Westbrookville Volunteer Fire Company Inc.. Designated trademarks and brands are the property of their respective owners. Copyright © 2006-2022. YourFirstDue Inc. All Rights Reserved. Content on this web site is supplied by Westbrookville Volunteer Fire Company Inc.. YourFirstDue Inc. cannot be held responsible or liable for any content, text, pictures, or any other media found on this web site.
Management login
Powered by